I returned to the Flinders Ranges after several years absence. The main aim was to explore the Ediacara fossils at Nilpena Station excavated by Dr Mary Drosser and open to the public at given times of year. Her colleagues and she work mid-year to coincide with Northern hemisphere summer holidays and our cooler months.

The fossils, evidence of first animal life are approx. 500-600 million yo. and situated in rocks once silt that were part of the sea floor. 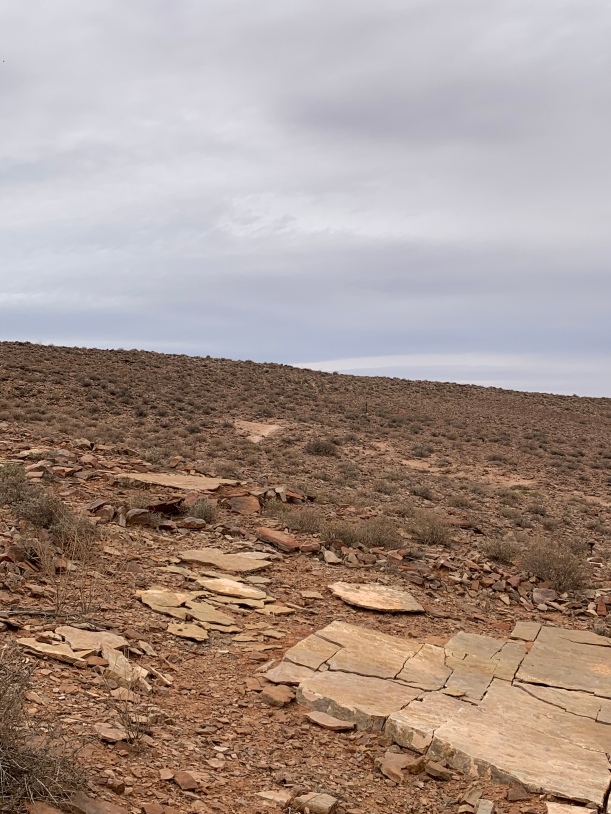 Small mouthless animal absorbed nutrients from a microbial sponge on the seabed then after successive storms were encased in layers of silt like a mould. Consequently the fossils were found under side of a rock layer that prized apart could be turned upward and placed side by side revealing their habitat. 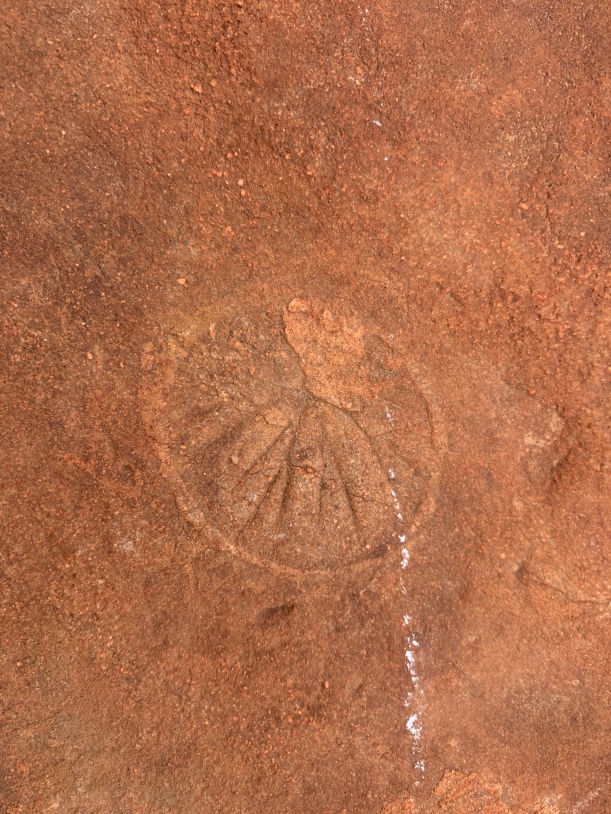 Our tour guide showed us the largest piece excavated of the ancient sea floor.

And material removed from the excavation.

In the short time that we were there I scrambled to take rubbings or frottages that I insert into my artwork in my studio. So convenient here to see clearly as those in Brachina Gorge are more difficult due to geology where strata formed rocks are tilted vertically at right angles. Although a friend found a fossil in Parachilna Gorge washed down into the river-bed. A lucky find.